The gargantuan task of putting together 30 great artists in faraway Sagada in one show for a cause can now be rightfully called the greatest show in the mountains.

Working together with Sagada folks, Formoso said “when you put all its components and working parts together, assembled and analyzed as a whole, ‘A Concert in the Clouds’ in Sagada last weekend was a piece of work beyond anything anyone could ever imagine.”

One of the reasons for the event’s success is all of the artists agreed to do this for charity. Formoso said all “the artists agreed to do the event without talent fee.”
“Majority of the artists who came were friends of mine. That being said, it was like a family reunion and birthday party. Everyone was a gift, everyone brought a gift. It was a family thing. It was the same on stage as on the field. A family affair,” said Formoso. 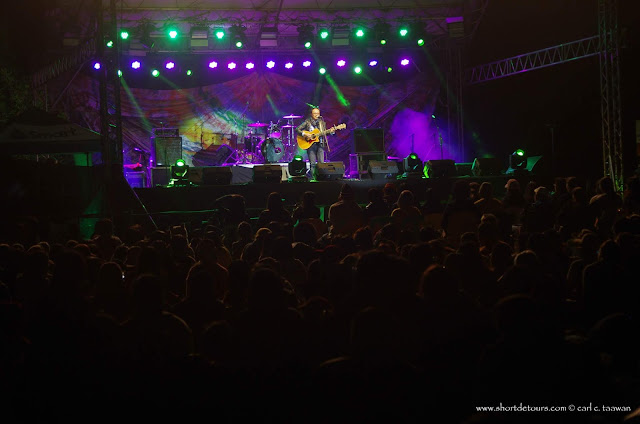 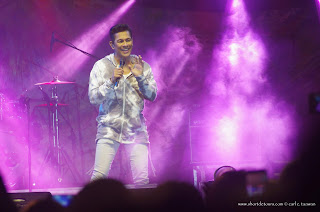 The concert was attended by thousands of guests, the highest at any one time reaching up to 3,000. Major Key players who made it possible were the Department of Tourism, Victory Liner, and the Henry V. Moran Foundation. He said “the Sagada Art, Music & Peace Fair was a work of love. And those who put it together and those who participated in it delivered that love to those who came to witness.”

As one Sagada folk Tessie Baldo said, “I am a small person who can’t afford a ticket to a concert or to even go to Manila.” “The performance of these artists in Sagada is a great experience for a simple person like me,” she said.
While there were several oppositions, most business owners had supported the concert dubbed as the greatest show in the mountains.
Gaia Café proprietress Gawani Domogo had to open up earlier than her planned re-launching to cater to the vegetarian guests and artists. “We still don’t have doors and our extension is still underway but we have to open up as I am the only one serving vegetarian meals,” she said.
One petitioner who also went to the concert to observe said their fears were not realized because the targeted guests were not met. “It probably would have been different if there were more guests who arrived,” he said.
Siegrid Bangyay, one of the organizers said “those were all assumptions. If all of us will help each other, those fears will not materialize.”
Domogo, on the other hand, said “Sagada has been experiencing an influx of tourists during long weekends especially during Holy Week.” “During those times, we managed. How much more for an event like this where we have a long time to prepare and we can have more volunteers to utilize,” she said.
One of the best parts of the event happened not during the concert but during the soundcheck of Garry V. It was not witnessed by many but it was special to the people who witnessed it. While he was doing the soundcheck, a small crowd was gathered to watch him. 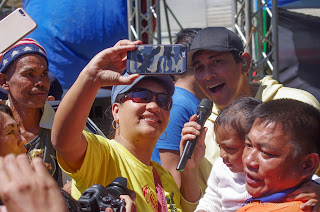 Garry V. was surprised so he chatted with them and performed for them. “I don’t usually have people watching me during soundcheck but I’m glad you’re here today,” he told the audience. “Tonight you might not be sitting here, Baka nasa tabi-tabi kayo so please allow me to perform for you today.”
He sang several songs that he would again perform for a bigger crowd that night. The star was even apologetic for having to communicate with the technical people. “Since this is a sound-check, please forgive if I talk to my sound guys every once in a while,” he said. 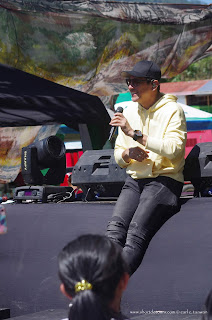 He ended up singing more songs than necessary during his soundcheck and delighted the gathered crowd whom he even granted to have selfies with.

Bangyay said the concert was a success although it did not meet the targeted sales as many sponsors and guests backed out because of the petition. “For the people of Sagada to watch big stars perform in their neighborhood is already a big success,” she said.
Other activities during the event were an art exhibit of Baguio and Sagada artists and free art workshops for kids of Sagada.
Formoso said some told him it was impossible to do. “Too ambitious, others said it was insane, but no one laughed it off…and so, it happened,” he said.
Will it ever happen again? Formoso said, “the answer depends on my friends in Sagada.” “It is now theirs and for them to decide. I will be in the audience for the next one,” he said. Formoso said, “there are other dreams that I need to mold.”
“Perhaps ‘A Concert in the Ruins’ and ‘A Concert by the Sea’… both of which, when realized, will be “once-in-a-lifetime” experiences. I need to take some time to pause and reflect. THANK YOU to all my artist friends who came to play. THANK YOU everyone who supported it. THANK YOU Sagada. Till then.”