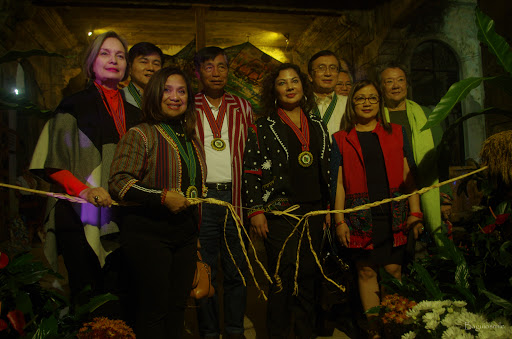 Baguio City launches today, November 10, 2018, the first Creative Festival as a celebration for its recognition as the first UNESCO Creative City in the country.This festival is a consolidated effort of the City of Baguio, the Department of Tourism (DOT), The Department of Trade and Industry, the Baguio Arts and Crafts Collective, Inc. (BACCI), and the different Art Groups and Craft Centers.

The recognition as a creative city under Crafts and Folk arts was awarded on October 30, 2017, and a soft launch for the festival was done in February with the unveiling of the Creative City’s logo designed by National Artist Ben Cabrera.

Applying for a creative city title only took 2 months to prepare for the proponents. Baguio was already an art haven and also a center for crafts and folk arts making it easier for Baguio to acquire the title given the short preparation time to fill in the necessary documents. Out of the ten cities in the Philippines that applied in 2017, only Baguio was accepted.

As a melting pot of cultures and as the center of commerce in Cordillera, it has attracted different crafts with designs inspired by the cultures of the northern Philippines. Baguio was predominantly an Ibaloy settlement until its creation as a chartered city in 1909 attracting workers coming from the neighboring provinces. Today, the city offers all the cultures in the north especially the six provinces in the Cordillera Administrative Region.

The honor goes primarily to the creative workers who kept the folk art traditions alive: the weaving, sculptures, metal crafts, and many other cultural-based crafts that became popular in the City. Of course, we will not discount the other art disciplines like the visual arts that have made the local culture the base of their works.

One of the requirements by UNESCO for the city to retain its title is to conduct a creative festival to bolster the creative industry in the region. 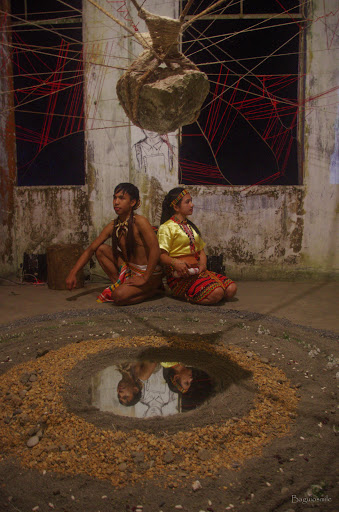 Proponents of the creative festival also consolidated efforts to make use of old and unused buildings to become creative centers.

The ruins of the Diplomat hotel famous for being haunted and a popular destination for tourists and ghost hunters served as the launching of the festival. It will hold an exhibit and several art installations of Baguio and Cordillera artists. 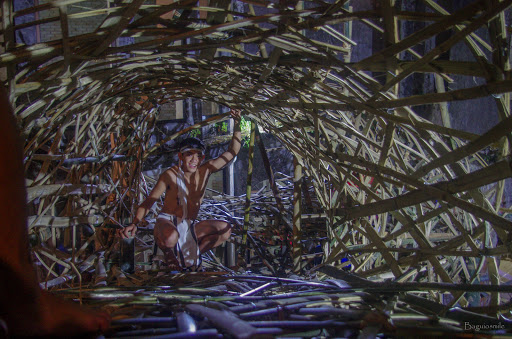 A Department of Trade and Industry building located in Upper Session Road that was not utilized for a long time was converted into a productivity center showcasing Cordillera crafts. 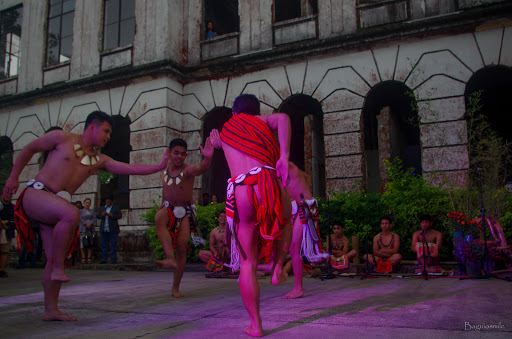 The proponents are proposing that the initialized usage of these buildings during this festival will become permanent to enhance the city’s and region’s creative economy.

The festival’s slogan Enta Cool was derived from Kankaney word “Enta” which means “let’s go” combined with what Baguio is famous for, being “cool”.

The idea to apply for the creative city title was suggested by Paolo Mercado,  President of the Creative Economy Council of the Philippines.

Mercado saw Baguio’s potential to be among UNESCO’s creative cities and worked closely with the City, Department of Tourism, and BACCI from the preparation of documents to the staging of the festival. 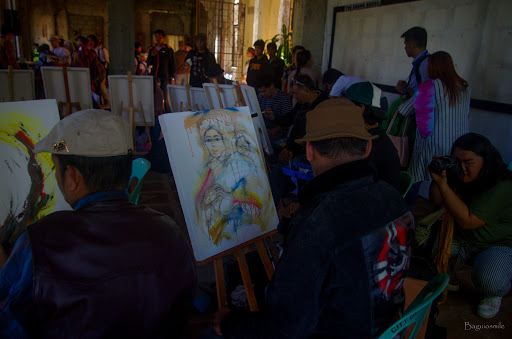 Former DOT CAR Regional Director now DOT COO Venus Tan revolutionized Cordillera’s tourism industry and the prime mover of this endeavor. With the potential to make it an international arts festival, Tan has chosen however to start it with Baguio artists and artisans. “The first creative festival should be dedicated to the local artists and artisans and they were invited to showcase their artworks to tourists and art enthusiasts visiting the city and the promoted art hubs.” 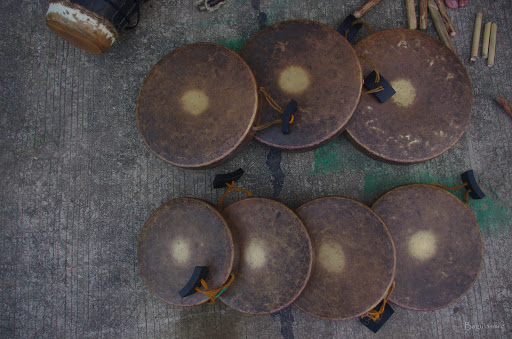 University of the Philippines Chancellor Raymundo Rovillos, a member of BACCI said that the “aim is to galvanize Baguio artists” for this first creative festival celebration.

“We aim to rejuvenate and revive Baguio through sustainable development t and creative economy,” said Rovillos.

The festival will run from November 10 to 18 with several creative crawls to visit across the city.

The UNESCO Creative Cities program is part of the Millennial Development Goals in reducing poverty through Sustainable Developments. 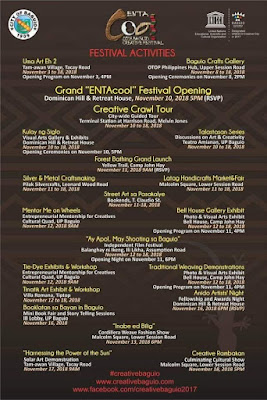 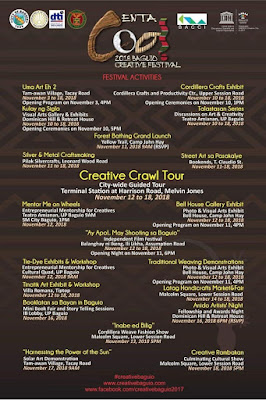