Igorots: The People Behind the Name 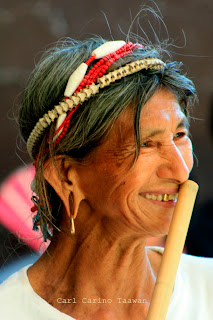 In many parts of the Philippines, the word Igorot is used as a derogatory term for idiots. In the book, Philippines Studies published by Ateneo de Manila, historian William Henry Scott mentioned that former representative Luis Hora of the Third District of the Old Mountain sought to prohibit the use of Igorot in a house bill he presented in 1958.

The bill was opposed and did not see light, but it raised a lot of questions about the people the name belong to. Those questions raises were still unclear to many up to the present, who are the Igorots, and do they want to be called as such.

In his journal, Scott quoted Dr. Trinidad Pardo de Tavera, a Tagalog scholar in the early 1900s who stated that the word igorot was composed of the root word golot, meaning “mountain chain” or “mountain ranges” and the prefix i, meaning “people of” or “dwellers in.”

Golot is a mountainous place among the “Bagos” or “Bagbag-o”, a tribe living in the outskirts of the Ilocos Region provinces, believed to be descendants of the Igorots who migrated to the lowlands. According to Scott’s journal, “we still hear people say “Nagapodad Golot” (They came from golot) when people arrive from the mountains.”

“The word Igolot, therefore, appears to be perfectly indigenous Filipino origin, and it is in this form that it first appeared in Spanish records. The substitution of R for L in the word did not become popular until the 18th century when Antonio Mozo used the word in his 1763 Noticia Historico Natural changing the letter ‘L’ into letter ‘R’.”

There is no record if the people in question called themselves Igorots (or Igolots) in the olden days. It would be more likely that this is what they were called by non-mountaineers in the lowlands, derived from the description of the Bago tribe. There appears to be no other collective term or terms identifying the highland tribes. They were identified according to their languages or dwelling places e.g. i-lagod (i-from; lagod-downstream), i-Sag-ad (probably means from hilltop), i-Bawdan, Kankanaey, Balangao, etc.

Scott’s journal says that “the name was imposed on the mountaineers by American Authority in the present century in accordance with the American ethnological surveys.” Accordingly, the people of the old Mountain Province (namely Bontok, Ifugao, Benguet, Apayao, and Kalinga) started using the term as their unique identity. If you want to read more about Scott’s book, you can visit this link.

Time hasn’t changed much from the time Hora introduced the bill as some people from the Cordillera Region still refuse to use Igorot as their own identity for they argue that they were never called as such by their ancestors in the first place. Another reason is the derogatory meaning that some “lowland” people associated with the name. Some wanted to be called Cordilleran instead. However, the word Cordillera is not an indigenous but a foreign (Spanish) term. And there are other regions around the world called Cordillera. It would then defeat the purpose of identifying the uniqueness of the distinct culture and people in the mountainous region of the country.

Igorot is still the closest local term to call these unique people. However, even the people it seeks to define are divided. In this writer’s opinion, if they, therefore, can’t agree with this name as their collective name, they should find a local terminology that they are all comfortable to use.

So what should be the perfect name to call these distinctive people of these mountain ranges or “golot”? Many have accepted this collective term and created their own campaign to rid it of the associated derogatory connotations. Some philanthropic organizations were created using the name and have successfully reintroduced this name to the world. Whether these highland dwellers accept this term or not, it looks like it is here to stay. Carl C. Taawan

One thought on “Igorots: The People Behind the Name”