The Sta. Fe Ridge – A walk in the clouds Benguet is fast becoming the hiking capital of the Philippines and another trekking destination is officially added to its attractions.

Just a 35-minute drive and a 2-hour hike from the City of Baguio await this awe-inspiring grassland ready for great adventures. Now being promoted as Mt. Ulap, the Sta. Fe Ridge in Ampucao, Itogon has been a favorite hiking destination to those who know the place. The municipality of Itogon and Barangay Ampucao officially launched Mt. Ulap adventure last Saturday, October 31.

Reaching Mt. Ulap will take you about 2 to 3 hours trek entering at the Tutumbek woodlands and pass through the vast grasslands of the entire Ridge.

Like the more popular Mt. Pulag, in Kabayan, the Sta. Fe Ridge features various characteristics; it has 3 peaks that exhibit diverse landscapes and distinctive rock formations that are great photography subjects. The whole mountain showcases a post-card-perfect scenery. 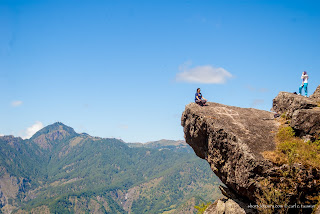 All of the three peaks offer 360-degree vantage points that show the surrounding landscapes of Pangasinan, Philex Mines, San Roque Dam, Mount Santo Tomas, Baguio City and as far as Mt. Pulag. The nearest is the Ambanao-Paoay twin peaks. Another 20 to 30-minute hike, you will reach Gungal featuring several rock formations that are a favorite outdoor studio of hikers. Another 30 minutes, you get to the highest peak, Mt. Ulap.

Several dead trees still standing in the fields added beauty and contrast to the green sceneries. With the freely growing grasses on the vast expanse of the ridge, it is serving as a pastureland for the locals so cows are commonly seen around the grasslands, especially in Paoay where they have a watering hole.
The name Mt. Ulap was derived from the original foundation stone found on the highest peak. The foundation stone was dated February 1, 1939 and inscribed with the word Ulap and a name Lagman. According to Barangay Secretary Maia Nalibsan, “it is believed that Lagman was an engineer assigned to survey the area.”
No other explanation why Ulap was inscribed in the foundation stone but it is a fitting name according to Nalibsan since the ridge is frequently covered with clouds. Ulap is the Filipino word for cloud. It could be therefore translated into Mt. Cloud. (There’s another Mt. Cloud in Baguio, which is another perfect travel destination for book lovers.) 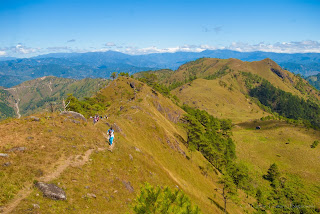 It maybe is a good day-hike destination but this is not an easy trail particularly the route coming up from Sta. Fe. It is comparable to Akiki trail in Mt. Pulag that is not easy to traverse going down. Several hikers had to be rescued during the launching trek due to the extreme condition of the slippery trail. It is slippery due to loose gravel and pine needles. Many of the hikers recommend this to be the starting point and exit through the Ampucao-Tutumbek trail. It maybe is a steep climb but a short one. It will take an average hiker an hour to get to Mt. Ulap.

Recently implemented by the Barangay is a registration fee of P100.00 per person. Students aged 13 to 17 will only pay P20.00 and 12 years old and below are free of charge. Hikers are required to register at the Ampucao Barangay Hall for instructions and request a guide. Guide’s fee is P400.00 for a maximum of ten persons.

Barangay Ampucao has established its own search and rescue team to cater to trekkers in emergency cases. 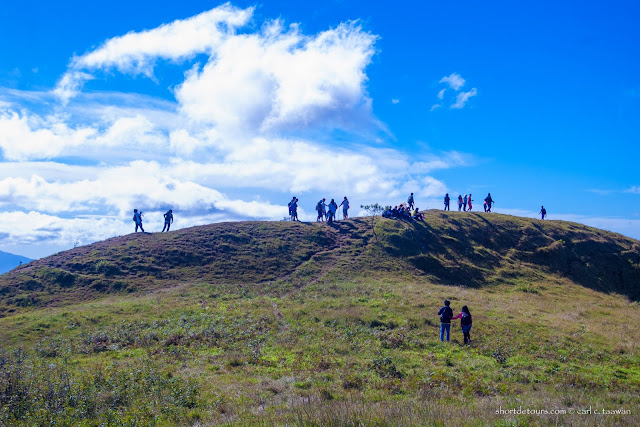