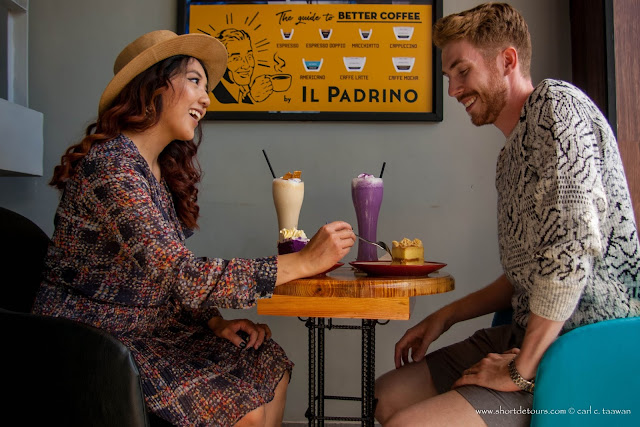 “Many young men started down a false path to their true destiny. Time and fortune usually set them aright,” Said Mario Puzo, author of The Godfather
“Il Padrino” may sound Italian, derived from the fictional Mafia family living in New York in the 1930s to 1960s, but it is actually owned by a man born in the mountainous region of the Philippines, the Cordilleras. Ervine Pangwi just inaugurated his 7th branch on December 10, 2016 that serves Arabica coffee from his hometown Sagada, one of the major tourist destinations in the Philippines.
His venture into this business was triggered by his stubborn belief that a simple “no” is not the end of it. Wanting to have a cafe near his office where he can take his clients and business partners for coffee or snacks, Pangwi offered part of his building to two big coffee franchises but they both turned him down for the reason that the area doesn’t have enough foot traffic.
The persistent businessman wouldn’t take no for an answer, so he started his own cafe. A fan of The Godfather movie authored by Mario Puzo, he called his establishment Il Padrino, Italian title for the novel. Not only was he a fan of the successful movie franchise, he sees himself in the narrative of The Godfather.
He was born in Sagada, about 10 hours drive from the Capital City of Manila. A son of an Anglican Priest, he was raised in a mining town in the province of Benguet.
As a young man, he lived a gambler’s life. During his college days in Manila, he is frequently seen in cockpit arenas. His “survival business” as he calls it, was to sell flowers and strawberries coming from Benguet. Ervine Pangwi would spend eight years to finish his course as a veterinarian when he could have finished it in six.
But like the saying above, “time and fortune set him aright.” Another famous quote in the novel said, “Italians have a little joke, that the world is so hard a man must have two fathers to look after him, and that’s why they have godfathers.” This saying was proven true to Ervine.
At 22, he was married to a beautiful college schoolmate. He had his first child when he was 23 and still in bouts with his cock-fighting derby addiction. His Godfather offered him a business that was connected to his “hobby”.
The poultry supply company is going downhill due to lack of manpower to manage the business. His godfather offered him to take over the business and a loan for additional capital. Pangwi initially refused for the reason that he doesn’t know anything about the industry and may not be able to pay him back.  His Godfather “gave him an offer he cannot refuse,” which is to pay when able. A very generous offer he couldn’t have received from anyone else.
The street-wise young man learned everything about the business and ceased his addiction to derby and thereby resulted to another related business, the Santino Metal Industries. Named after his son derived from Don Vitto Corleone’s son in God Father, Santino manufactures metal cages for Cock Derby, now exported to countries as far away as Guam, Hawaii, and Australia. Santino eventually expanded to manufacture many more metal products and is now a major supplier to several big companies.
With his growing business, he was able to build a building at Commonwealth Avenue in Quezon City. By this time, his worldwide suppliers frequently visit his office; Pangwi’s creation of “Il Padrino Cafe” was proven a success. Not only was he able to serve his clients conveniently but the area with little foot traffic is actually the only cafe in the vicinity, thus people from other buildings have only one choice.
Eventually, the cafe expanded to five more branches. As a new player in the industry, he would meet a lot of challenges in getting better locations in malls. Eventually, he expanded to several big Malls: the Fairview Terraces, Robinson’s Star Mills, Robinson’s Galleria, SM Pampanga and SM Clark.
On his seventh branch, Pangwi not only wants a superior location but he wanted to bring it closer to home. He had long been searching for a good place in the Summer Capital of the Philippines located in the Province of Benguet where he grew up.
When a friend told him of a vacated place in the central business district in Baguio City, he readily applied. It would take few more months before his application was approved. Eventually, it was accepted and the seventh branch sits on the best location in the City, at the main thoroughfare with lots of foot traffic. 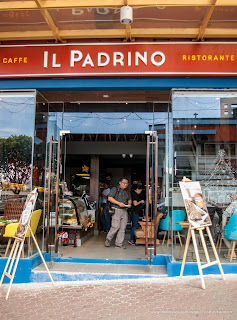 The seventh branch is also the most special as it is now co-managed by his children. He can now manage the business and gets to spend a lot of time with his family. “A man who doesn’t spend time with his family can never be a real man,” said The Godfather.
His daughters introduced several products that cater to the growing number of millennial clients, 3rd wave coffee concoctions. Il Padrino’s clienteles are expanding proving it can compete with the internationally-known coffee franchises.

Pangwi said the seventh branch is by far the most successful, “not only because it was closer to home but we feel very welcomed by Baguio patrons.”
Mario Puzo said “Great men are not born great, they grow great,” so is this street-wise businessman from the Mountains who have conquered the Metal Industry World Market and has now come to bring his coffee business home. When you visit Baguio, make sure to visit this newest cafe franchise.